Pentavalent Vaccine, that was introduced in India’s Universal Immunization Program (UIP) in December 2011, has claimed 54 lives so far. Union Health Ministry that had denied any role of Pentavalent vaccine in infant deaths for two years, finally- in reply of an RTI, has admitted   Pentavalent's association in three deaths.  While one of the three deaths has clearly been classified as ‘vaccine reaction’. Now when vaccines' role in babies’ deaths has proven, it is for all to see what government decides next... discontinue vaccine use in UIP or scale it up at national level..?

Five-in-one Pentavalent vaccine, that claims to save children from five killer diseases i.e., Diphtheria, Pertussis, Tetanus, Hepatitis B & Hib Meningitis, has been introduced in 9 states under UIP (Universal Immunization Program) of India. Government first introduced Pentavalent in Kerala & Tamilnadu as a pilot project in December 14, 2011. But within the first year of its introduction, 19 infants died following adverse effects after immunization in both the states. Such high toll & 2 PILs filed in the Supreme Court seeking ban on Pentavalent, failed to stop government from scaling up this vaccine in another seven states namely Goa, Haryana, Gujrat, J&K, Pudduchery, Karnataka & Delhi. As a result…these states also started registering cases of infant deaths.

Govt admits role of Pentavalent in deaths for the first time

Health Ministry has been denying any role of Pentavalent vaccine in death cases for a long time. Every time when a probe was conducted in such cases, some other reason was held responsible for casualty & Pentavalant was given a clean chit.

But for the first time the documents that health ministry provided in reply to an RTI by Delhi based Sanjai Sharma later last year, clearly state that at least three deaths are casually associated with vaccination, while one death has been put under "Vaccine Reaction" by AEFI (Adverse Events Following Immunization) committee.
The documents hold investigation report of 20 children. though 8 cases had been put under SIDS (Sudden Infant Death Syndrom) in early investigation but in the fresh report provided, only one of the cases is declared SIDS case while seven other cases have been put under unclassifiable.
According to Dr Jacob Puliyel unclassifiable cases are those cases where adequate information for proper probe of death is not available. A National AEFI committee that monitors adverse effects of vaccines, investigated these deaths. AEFI's fresh casualty assessment report suggests that three children died due to Vasogenic Shock.

In question since inception... A war in court is also going on against Pentavalent


Due to increased pressure, government postponed its program to introduce Pentavalent in UIP.  But it was introduced as a pilot project in TN & Kerala's public health program in December 2011. Within months of its introduction in the two states, there was reporting of deaths & other serious AEFI cases which led to the filing of another PIL in Supreme Court by a Delhi based doctor Yogesh Jain.

Dr Yogesh Jain’s PIL clearly states that Pentavalent vaccine should be banned in India with immediate effect as it had adverse side effects & is banned in many developed countries like US, Japan, Canada, Europe, Australia, UK & some other developed countries. Dr Jain’s lawyer also claimed that the actual number of deaths due to Pentavalent vaccination is much higher than the reported number.

Pentavalent has killed children in other developing countries as well Though many countries reintroduced Pentavalent in their immunization program as investigation teams led by WHO, found no role of vaccine in deaths & Pentavalent was given a clean chit every time. Surprisingly, in almost all the cases in developing nations, babies' deaths were never associated with the vaccine. They were either labeled as  unclassifiable or declared SIDS, co-incidental deaths or deaths due to co-morbid conditions.

Previously DPT & Hepatitis B injections along with the Oral Polio vaccine were administered free of cost to all the children below five years, in government hospitals. The liquid Pentavalent vaccine is a replacement of DPT & Hep B vaccines, containing a combination of  diptheria, pertusis, tetanus (DPT), Hepatitis B & Hib Meningitis antigens. Government of India decided to introduce it in UIP, as per WHO recommendations in 2011.


Story of Jatin- a victim of vaccination...

A fact finding team of PDUR ( People's Union for Democratic Rights), a Delhi based NGO, Visited families of children who died following vaccination in Kashmir & Haryana. The team members on 5th February this year, met Jatin's parents in Jasaur Kheri village of Jhajhajhar district, Haryana, who died on 9 January 2013, shortly after receiving vaccine.
Here is the brief account of what they found. Read it & decide for yourself-

Jatin, born on 22nd October' 2012, was the second child of Narender & Ritu. He born after a full cycle of nine months & was a healthy child. His birth weight was 2.8 Kg. Breastfed frequently & adequately, he gained weight in following weeks. On the fateful day of 9th January '2013, his mother took him to a nearby Aanganbari Kendra to get him vaccinated. There Jatin was administered with liquid Pentavalent injection, a vaccine that was inaugurated in the village that very month.

Jatin became unconscious within seconds of receiving the vaccine injection. His family thought he had slept due to vaccine effect. They brought him home. But when he did not wake up till late that night, they rushed him to a private clinic in Rohatak where doctor declared him brought dead.

Jatin's Grandmother still breaks down in tears while telling how Jatin was all healthy & well the day they took him for vaccination. He was not showing any symptoms of cough, fits or pneumonia as told by Aanganbari worker who was trying to convince them that Jatin died due to the reaction as he had already been suffering with some disease. His family knew that was not true, Jatin was perfectly well that day.

The family is so frightened by the experience that they don't want to take Jatin's brother for vaccination despite repeated requests by Aanganwadi workers.


Deaths due to the vaccine are not acceptable

Dr Jacob Puliyel, Head of Pediatrics, St Stephen's Hospital, Delhi
(He is one from the team that filed a PIL in Supreme Court against Pentavalant in 2010)

"It is crucial to accept Pentavalent's role in the deaths. Government has admitted that in three cases, but all other cases should also be investigated carefully. We should accept that Pentavalent harms. We are not against Vaccines but what is  most important is to ensure safety of children. If you want to give vaccines, inject them separately. This liquid Pentavalent- a combination of five vaccines is dangerous. Vaccine is important, but it should be safe & effective. "

"my first point is, if a child dies within 24 hours of vaccination and you say it happened because of co morbidity, or there was a lack of parental care or give some other reasons for his death...sorry! This is not a satisfactory answer to an untimely death. This, according to me, is a failure of the whole immunization program & of the officials running it. My second point - has there any minimum death ratio been defined in a public health program which could tell us- that many deaths are acceptable against one lac children vaccinated?.... if the answer is no, then what is the answer for the deaths caused by vaccination? Why should we use Pentavalent even after the deaths of so many children? Why are we not ready to suspend it? I am not against vaccines. I just want to say that a vaccine should save, not take lives. And if a vaccine is causing deaths, we should take immediate action."

'Pentavalent is the real culprit' - An analysis


Official figures obtained from the Ministry of health & family welfare show, 54 children died shortly after Pentavalent vaccination. Maximum babies (26) died after receiving their first dose while 10 died after second dose & just three died after having their third dose. While the number of doses have not been registered in remaining 15 death cases. According to Doctor Jacob Puliel, as majority of deaths occur after the first dose, it indicates that the events are not random or happening by chance on the day of immunization. A random event happening coincidentally on the day of vaccination will happen equally regardless of the doses received previously.  In drug sensitivity reactions also, the majority of those who are sensitive, react to the first dose.

Now the question is, why there is a difference in casualty data of different states showing the rate of deaths per children vaccinated?  By January 2013- after one year of Pentavalant introduction in Kerala & TN, Kerala registered 14 deaths & TN registered just 4 deaths, although the number of vaccine doses administered in the TN were much higher than that of Kerala. When the vaccine was scaled up in another seven states, this difference in figures showed up more starkly. All pro-Pentavalent people may say if vaccine really is the reason behind the deaths, then why there are less deaths in Gujarat per 2 lakh children vaccinated & more in Goa per some thousand children vaccinated?

The question sounds difficult. But when we analyze IMR (Infant Mortality Rate) data of these states, it solves the confusion. Goa, Kerala & Tamilnadu states are with good surveillance system & low IMR while in states like Gujarat, there are poor surveillance system and high IMR.


Whereas in Goa one death is recorded per 3829 children vaccinated, in Gujarat, one death is recorded per 2.3 lakh children vaccinated. The difference here, is because of differences in the IMR of  both states. This is clear that states like Goa & Kerala with 10 & 12 IMR respectively, recorded higher IMR after introduction of Pentavalent while in Gujarat where surveillance system is poor & IMR is already high, it can be linked to poor reporting of cases in the state.

If we use the data from the best case scenario for reporting (Goa), there is one death for every 4000 babies vaccinated with Pentavalent vaccine and if the birth cohort in India of 25 million is vaccinated, 6250 babies will die each year.

And finally a shocking truth- in second meeting of the Global Vaccine safety Initiative, held in 19-20 November 2013 in Delhi, it was stated that active surveillance studies in developing countries are important with increased vaccine uptake. Vaccines are being introduced earlier or exclusively in developing countries with incomplete safety profiles.

Popular posts from this blog 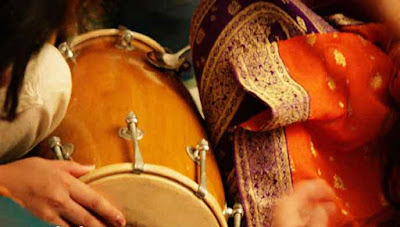 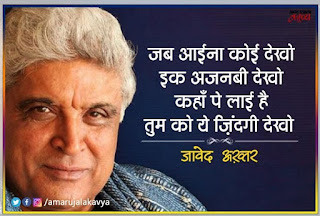 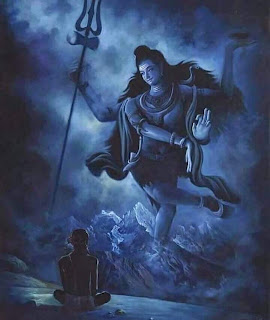